Elam & Burke Selected as Government Advocate of the Year 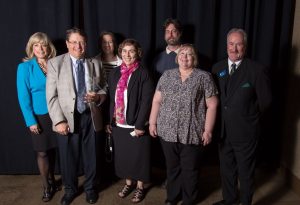 Elam & Burke has appeared and lobbied the Idaho Legislature and appeared before numerous agencies at every level of State and local government. The firm provides counsel to several urban renewal and local governmental agencies throughout Idaho, and the state of Idaho, in addition to being a full-service litigation, business, and transactional law firm. Over the past several years, our attorneys have supplied substantial research, analysis, and drafted support in the ongoing effort by several urban renewal agencies and economic development interests to reform and modernize the laws affecting urban renewal agencies in the state of Idaho. The government sector team attorneys of Ryan P. Armbruster, Meghan S. Conrad and Matthew C. Parks are indeed privileged to have received this award.

Established in 1928 in Boise, Idaho, Elam & Burke has stood the test of time to become a regional legal force. Then and now, our reputation is one of excellence and efficacy. Our historical roots allow us to branch wide in our practice areas, led by a specialized team of multi-generational attorneys.